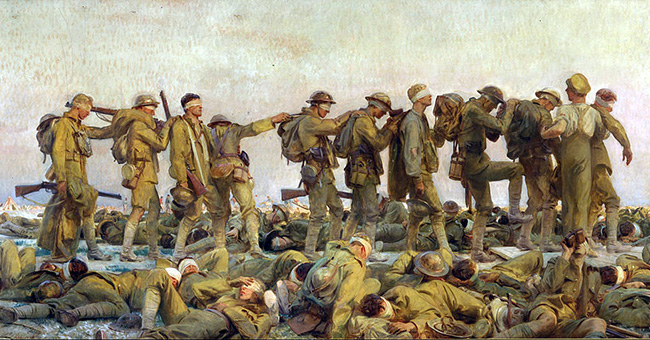 David Jones was an epic poet and his recollection of his war experiences, an epic poem entitled In Parenthesis, was first published by Faber and Faber in 1937, with a foreword by T.S. Eliot (then a partner in that publishing house) who called it “a work of genius.”In Parenthesis defies classification. A “proem” or a piece of epic “proesy”, In Parenthesis can read for pages (and pages) like some kind of disjointed post-Modern novel. It goes almost whole sections without traditional poetical line-breaks. It was heavily influenced by James Joyce—especially Ulysses,